On October 19, 2021, Rio Metro Regional Transit District announced the winners of the Rail Runner 15 Year Anniversary Poster Contest during a ceremony at the Public Academy for Performing Arts (PAPA), which collaborated with Rio Metro on the project.

Seven winners were selected – one from each grade level – and one student was awarded with the overall grand prize.

Each winner was presented with their original poster professionally framed. They also received a plaque, a hand-calligraphed thank you card, and a Rail Runner goodie bag.

“I was amazed by the work and the time that went in to each one of the posters,” said Marie Morra, Marketing Specialist for Rio Metro. “They spent a lot of time on the project.”

In addition to recognizing those with winning artwork, Rio Metro acknowledged all participating students for their hard work with certificates, and PAPA’s Visual Arts Teacher Jody Chandler with a glass plaque. 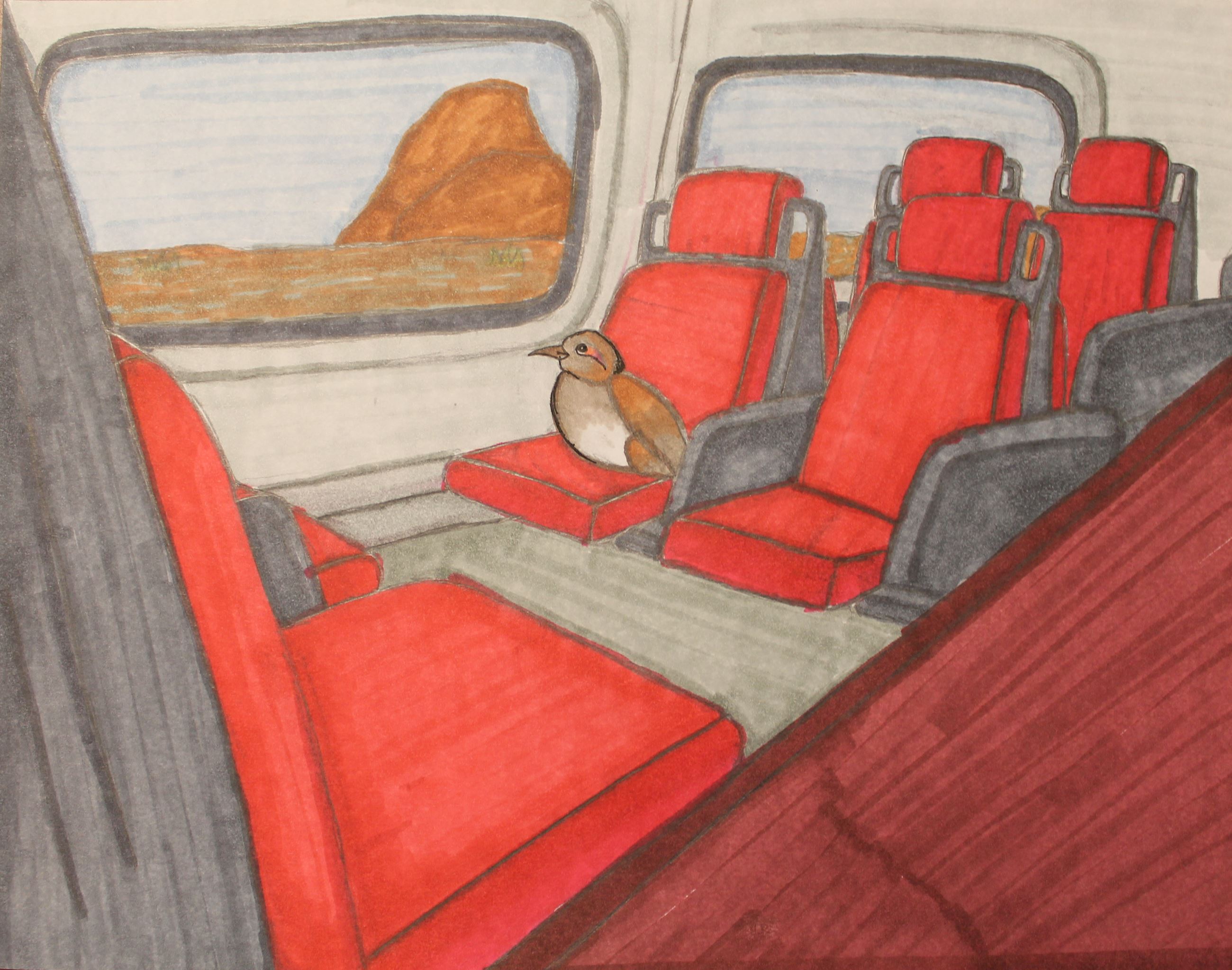 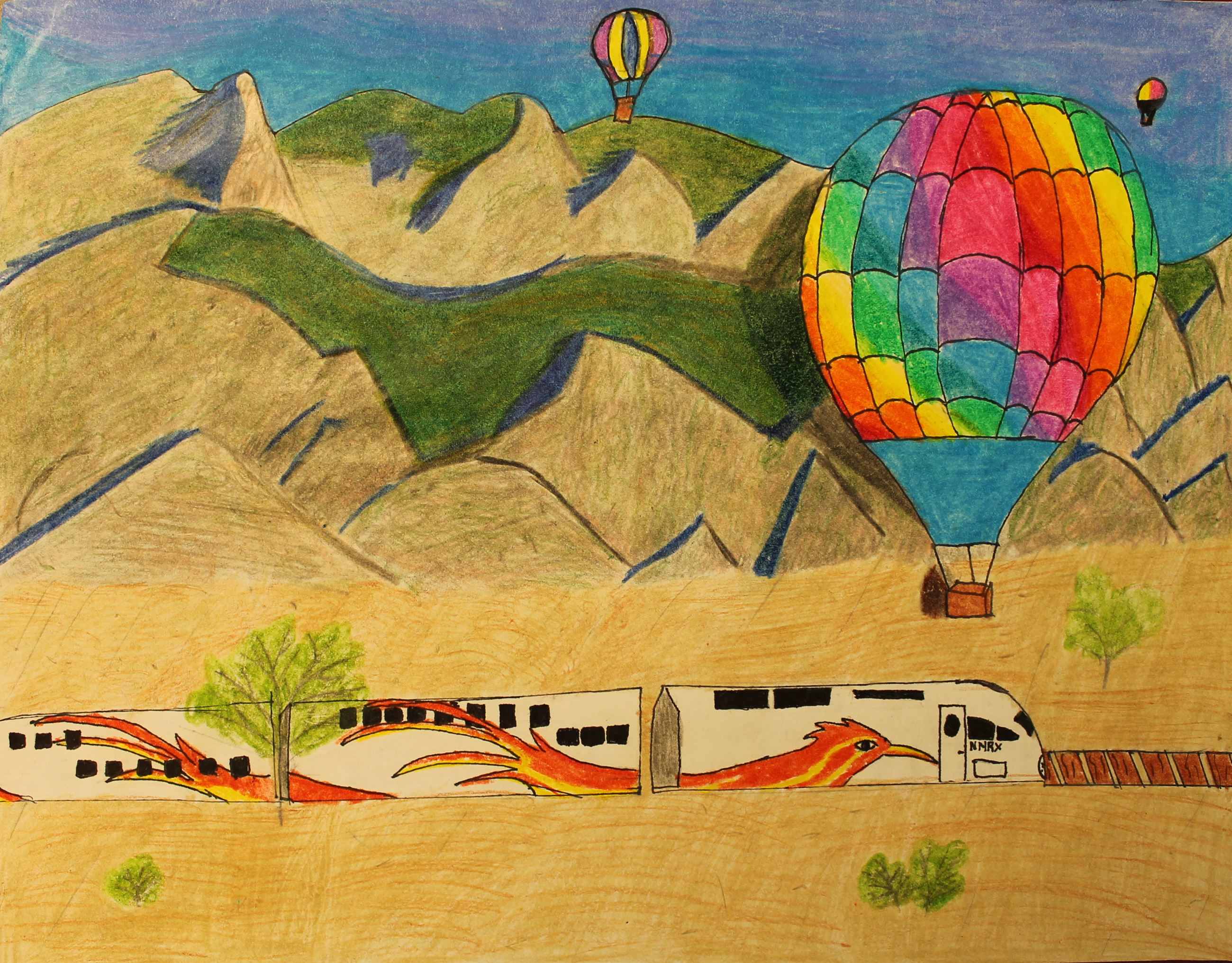 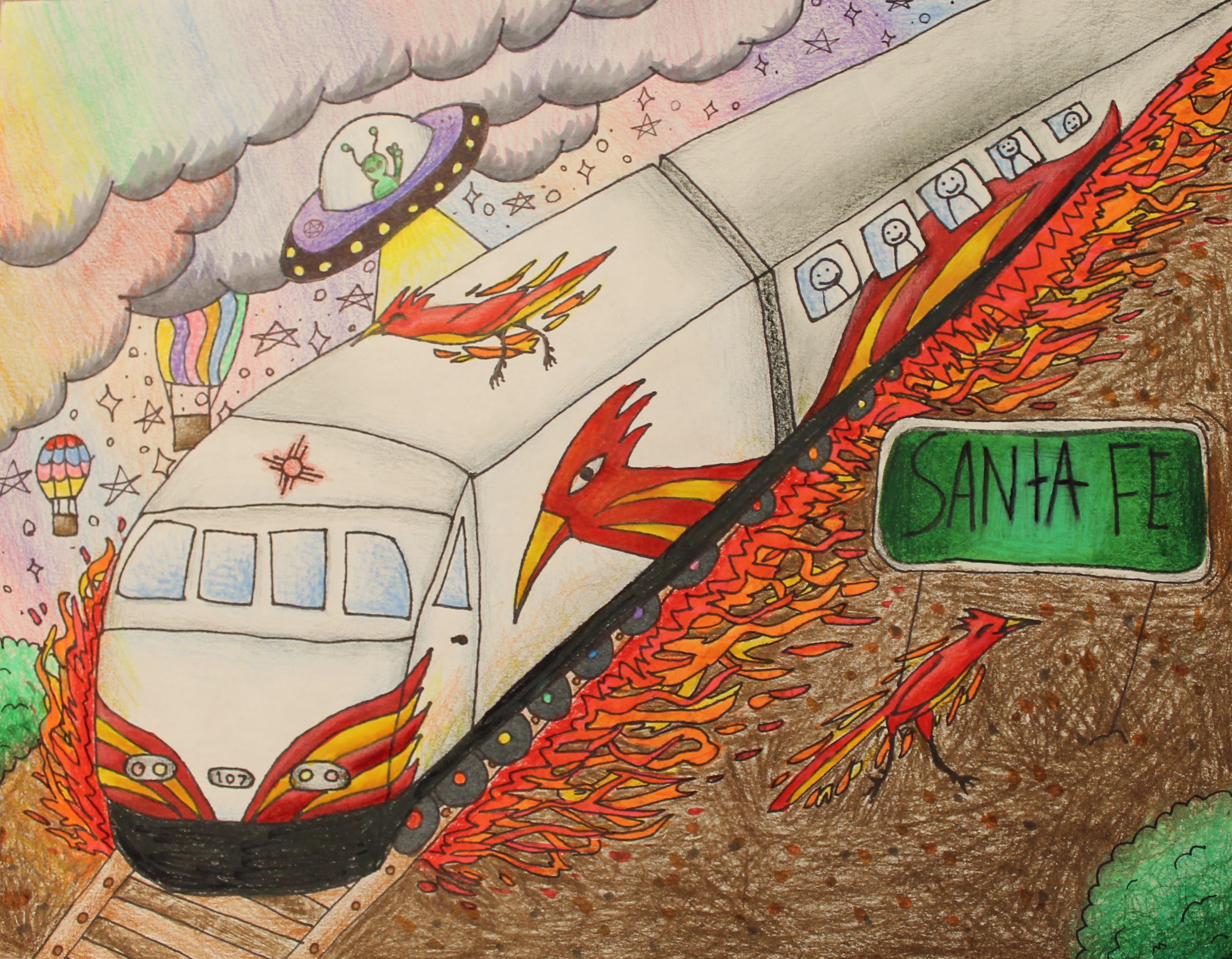 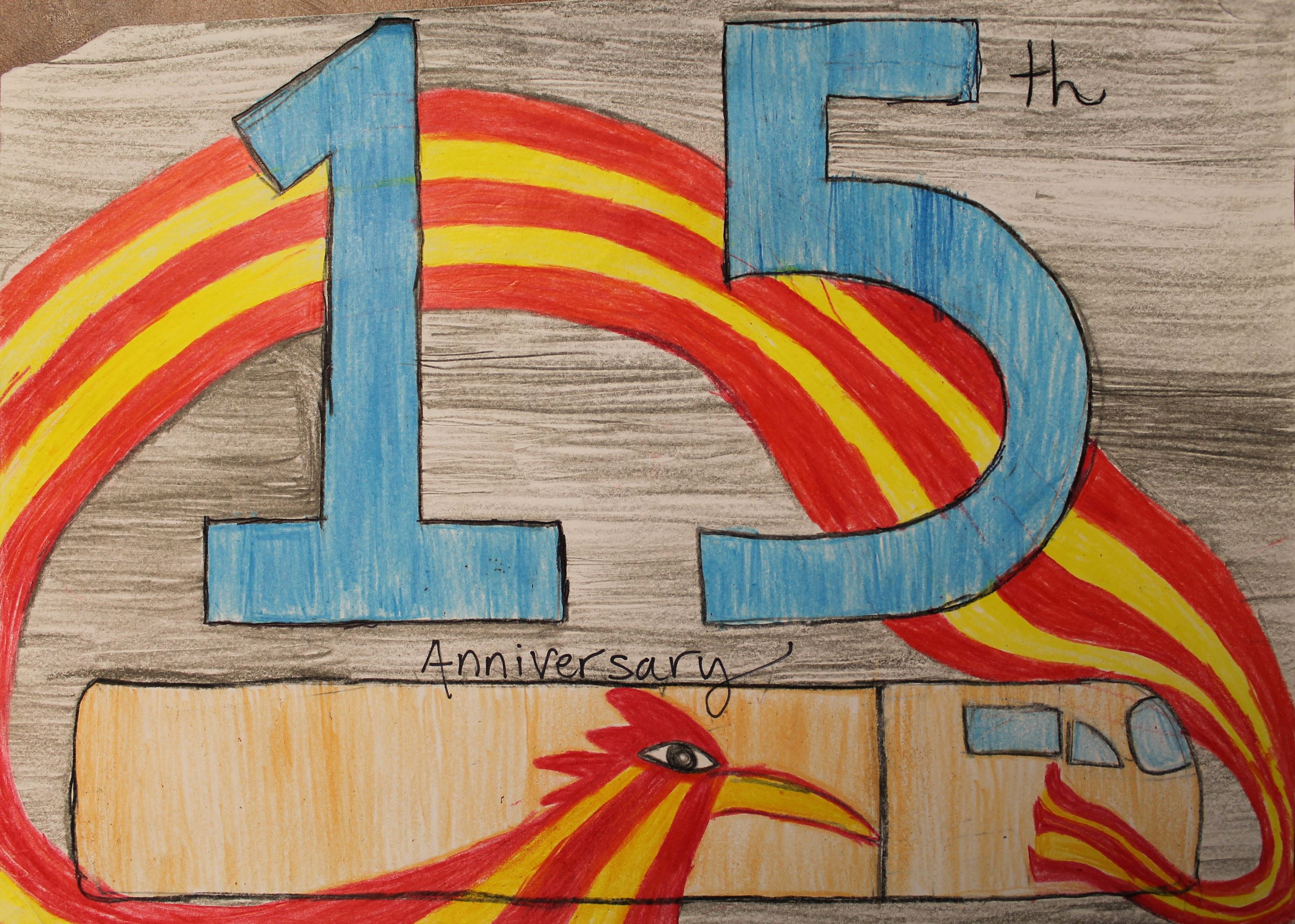 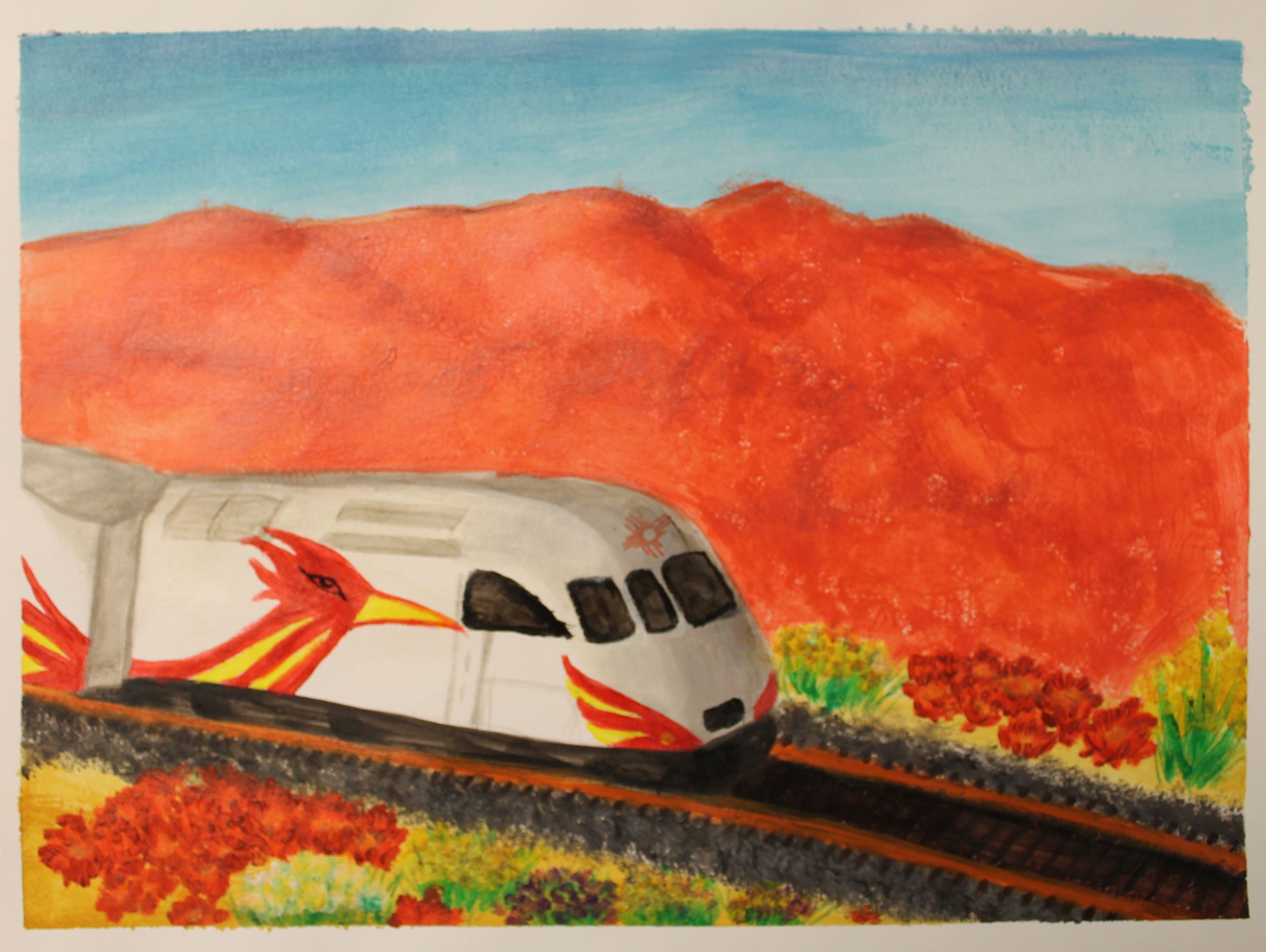 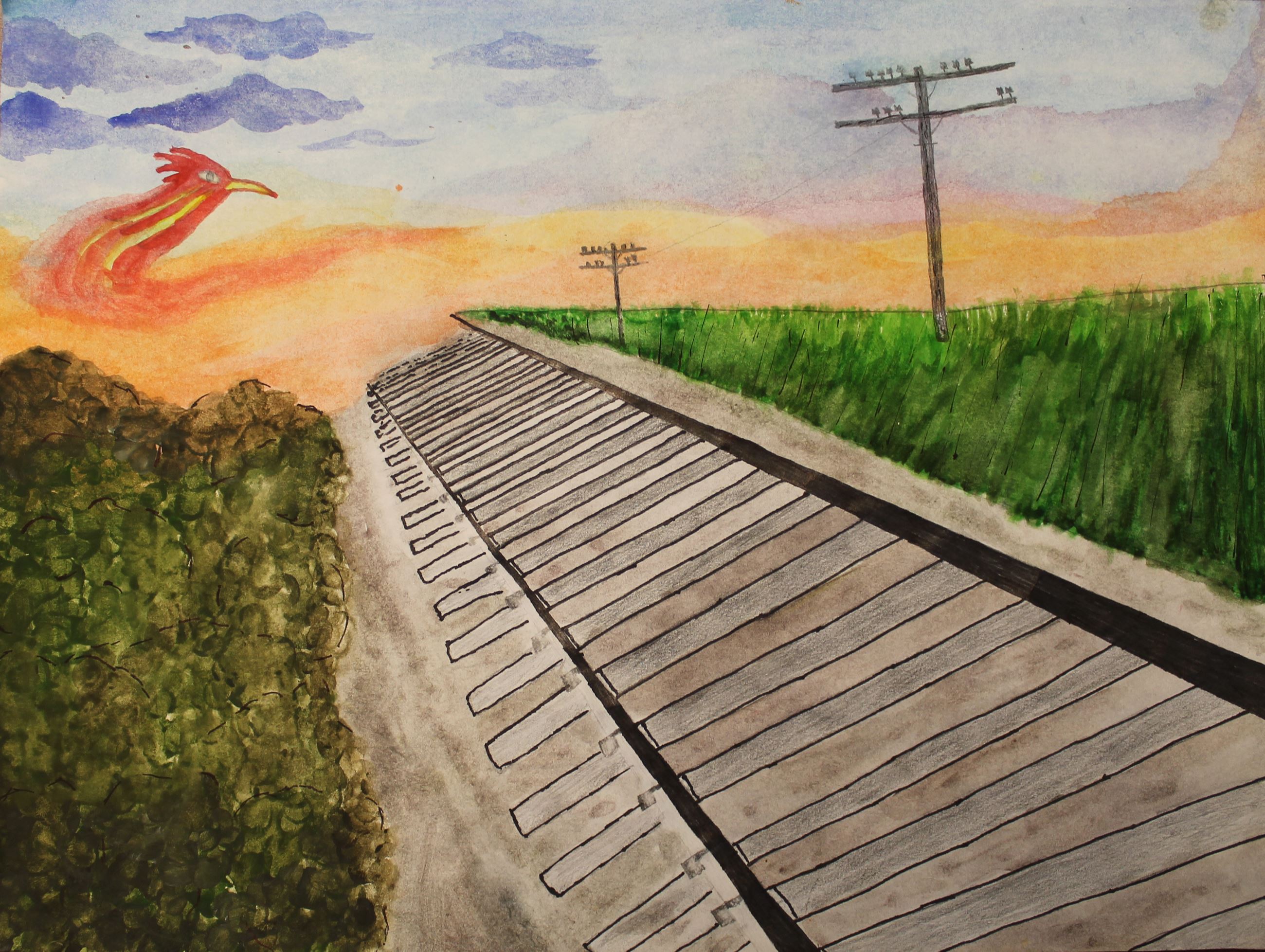 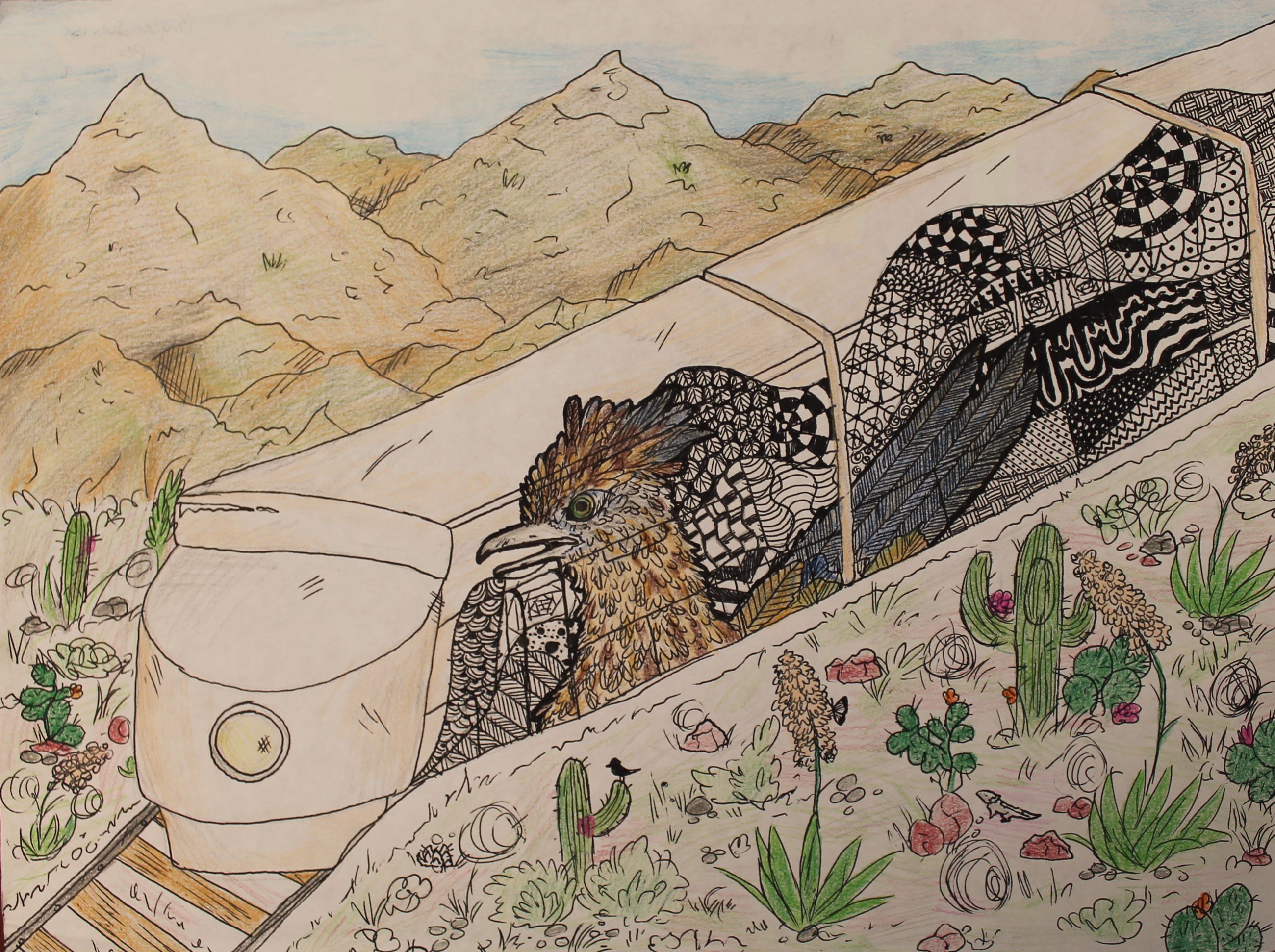 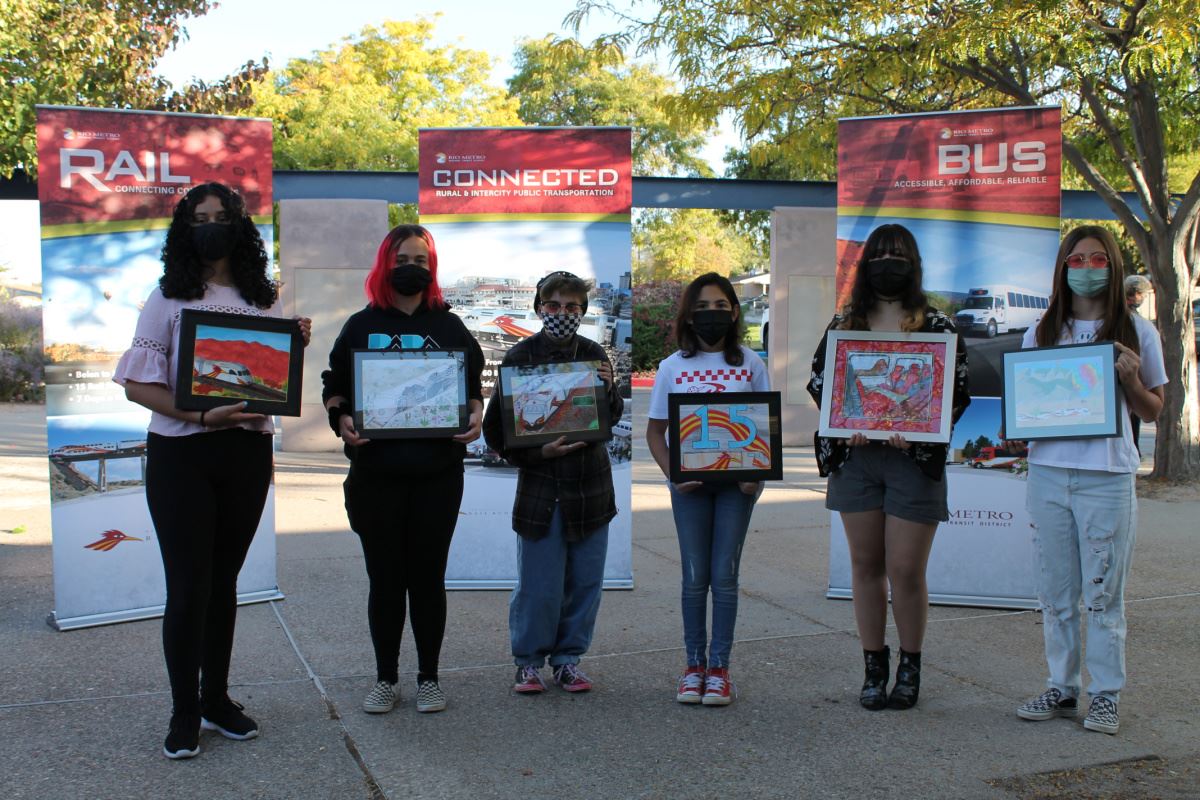 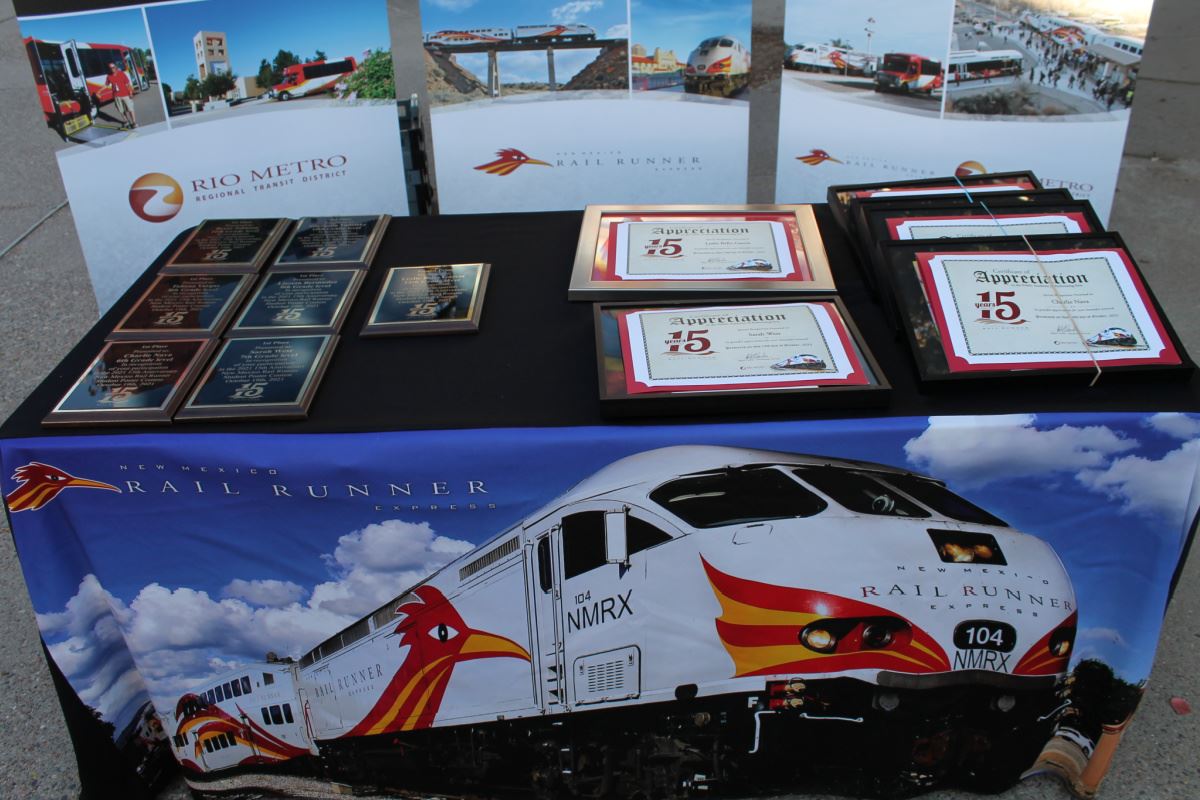 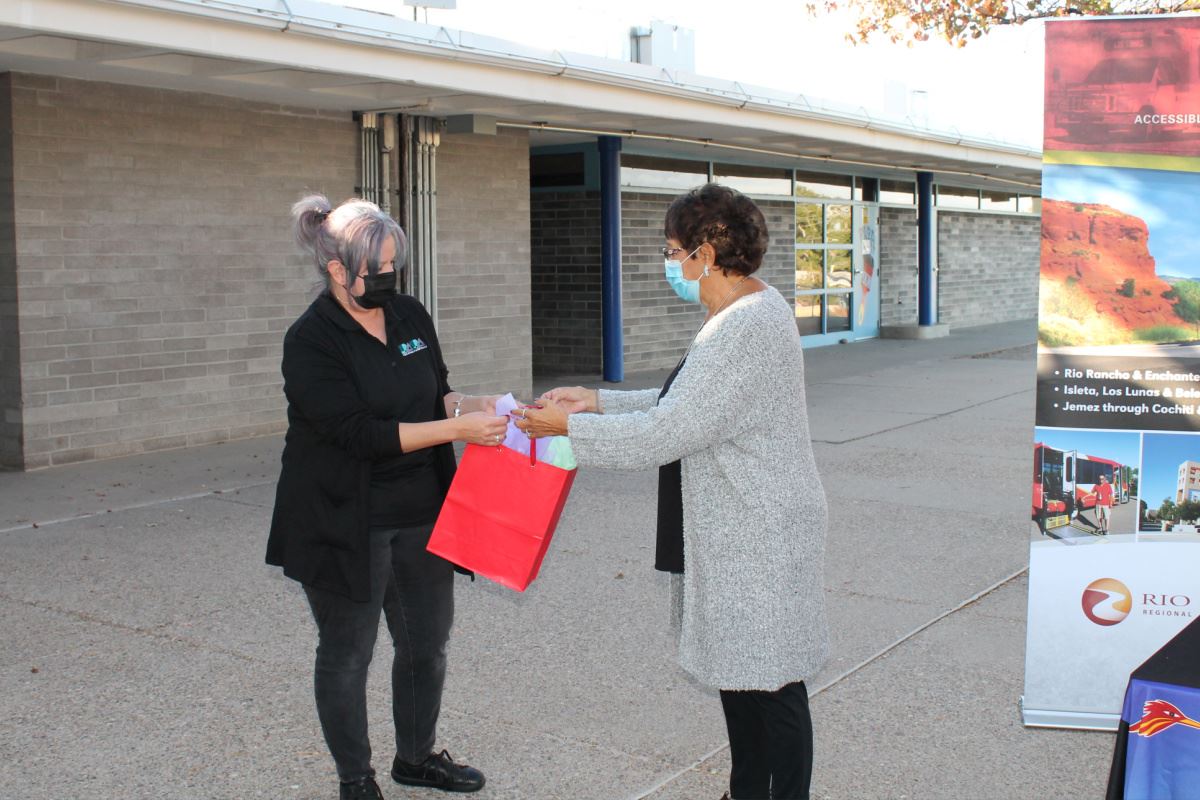 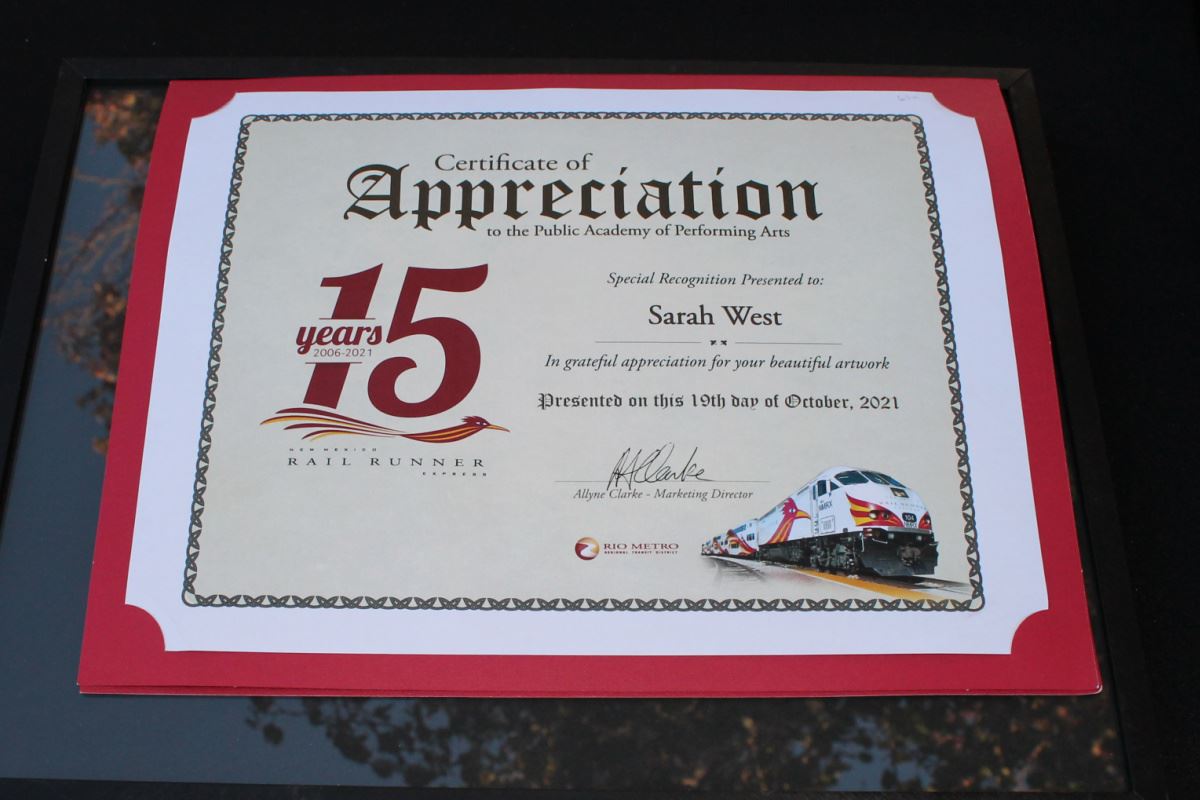 PAPA students in grades 6 to 12 participated in the poster contest. In August 2021, students were given a list of artistic guidelines, or “must have’s” for their posters, and had approximately six weeks to complete the project.

Once the posters were turned in, a panel of judges from the community met to select a winner for each grade level, as well as an overall grand prize winner.

“I wanted to involve the younger generation and give them the opportunity to learn more about the Rail Runner and public transportation,” said Morra, who developed the contest.

The Public Academy for Performing Arts is a public charter school that integrates a rigorous college preparatory curriculum with performing arts and prepares students to pursue their passions and talents. The school started as a dream that became a reality in the year 2000. The school started with 180 students in grades 6 through 9, and has grown to its maximum of 450 students in grades 6 through 12.